Television is the most popular medium of entertainment throughout the world. It has also become the most common and widespread source of knowledge, information and recreation.

The word ‘tele’ means distance and ‘vision’ means sight. Thus the word ‘television’ means seeing from distance. Basically television is the transmission system of picture and sound at the same time. After the invention of radio, the world had experienced this wonderful scientific device by which one can both hear the sound and see the picture of the speaker from distance. 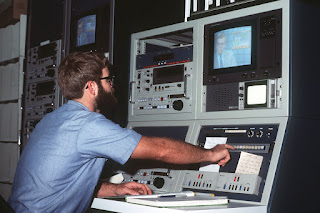 Nowadays it has become an essential part of our day-to-day life. In every modern family a television set is a must. Now man can see the whole world on a small screen sitting in his drawing room. All kinds of events, musical programs, movie, drama, news, business report, speeches, documentary film, weather forecast, important government declaration, current affairs, cartoons, political issues are telecast on numerous channels. By means of satellite we can watch live all kinds of events including games and sports sitting at our home which are happening at the farthest corner of the world.

Television is the most effective means of mass communication. It is a great medium of forming public opinion and for business communication. Television is presenting both recreational and educational programmes. It plays a great role in spreading education. Distance learning through television channels is a new dimension in teaching learning process. Some satellite channels like Discovery, National Geographic and Animal Planet telecast highly informative and educative programs.

Through hundreds of satellite channels people are easily being acquainted with people, cultures, traditions and values of other countries that expands the way of mutual understanding among the nations.

Yet, television is not an unmixed blessing of science. It is leading the youngsters more to recreation than to education. Watching much violence on TV makes some teenagers more aggressive which influences their future lives. The people of the East are greatly being influenced by the western music, entertainment and modes of life which is a threat to their values, tradition and religion.

How much its demerits may be, mankind cannot but use this scientific device. Therefore, we have to save ourselves from being affected by the programs that we know will be harmful for us.