The internet is the latest technological victory achieved by mankind next to computer in the continuous process of scientific inventions. It is the network of numerous computers that are connected to each other to exchange information quickly between computers around the world. It has millions of smaller domestic, academic, business and government networks and websites, which together carry many different kinds of information and services. So in other words, the internet is the network of networks.

Unlike radio and electric bulb, internet was not invented by a single inventor. The internet got its start in the early 1960s in the United States during cold war. The US scientists and military experts were concerned about the safety of the whole network of lines and wires. To protect them from the Soviet attack, a scientist from M.I.T and ARPA named J.C.R Licklider proposed a solution to that problem: a “galactic network” of computers that would enable government leaders to communicate even if the Soviets destroyed the telephone system. That was the first internet named ARPAnet. By the end of 1969, just four computers were connected to the ARPAnet. Since then, the network is growing rapidly and has reached the present Internet state. 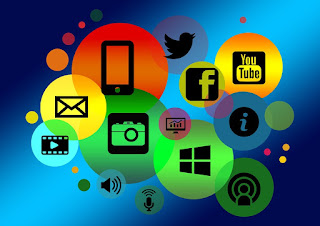 Today almost one-third of the world’s 6.8 billion people uses internet regularly. It has brought about another revolution in the field of communication. It has added a new dimension in world’s computer culture. Men are getting dependent on internet such a way that; it seems that they are not controlling it but internet itself is controlling men. Man’s education, recreation, business and social communication, buying and selling, rites and rituals, organizational works—all have turned into internet based activities.

The most used service in the internet is the World Wide Web (WWW) which contains websites, blogs etc. which can be seen and read by anyone from anywhere through internet connection with his/her device. The second major use of internet is to send and receive e-mail which goes instantly from one user to another. Nowadays uses of e-mail have increased to so much extent that it has almost driven away postal delivery system of letter from the world. E-mail is used not only for letter communication; it is also being used around the world to expand business by marketing the products which is called e-mail marketing.

Internet has introduced a new age in the field of social communication. People can instantly share their feelings, thoughts, ideas, image, audio and video through the social networks like Facebook, Tweeter, Google+, Linkedin etc. These sites are the most popular to all sections of people irrespective of child or old.

Internet is being used everywhere for chatting through text massage, phone calling or video calling, to shop sitting at home, to send or receive money instantly from or to anywhere around the world, to pay bill, for electronic banking, to listen to music, to watch movie and live television channels, to transfer and share files and so on.

Internet is the storehouse of all kinds of information of the world. It is the open source of learning aids for the learners of all fields of knowledge. The uses of internet are too many to describe. There is no sphere of life where internet is not used. The present range of internet activity is increasing every day.

Despite all these advantages, Internet is not an unmixed blessing. It is very easy to be misguided by internet as there are innumerable false, harmful and alluring things scattered here and there to which anybody; irrespective of age can access. Pornography has become a matter of great concern all over the world. Young boys and girls easily falls prey to obscene pictures and video and are spoiling their life. Besides cyber crime like hacking websites, passwords or secret files is a most widely talked issues worldwide. Students usually get addicted to facebook easily which often ruins their academic study.

As a matter of fact internet is reigning over man in various ways. Everyday man’s access to this virtual world is increasing. Internet may have many demerits but mankind has no way to turn backward. Therefore, man has to accept the right and reject the wrong very for his own interest.