The Game of Cricket- Composition

The Game of Cricket

Cricket is one of the most popular and widely played games in the present world. In respect of popularity, its place is just next to football. The original practice ground of this game is Europe. Cricket is the most exciting game and is said to be the game of uncertainty. While playing, it thrills both the players and the spectators. It is also referred to as a gentleman’s game.

Cricket was first played in southern England in the 16th century. This game was played and gained popularity overseas through the spreading of the British Empire. Now it is played almost all over the world. The popularity of this game is increasing day by day. The game is most popular in Australia, England, the Indian subcontinent, the West Indies, and Southern Africa. 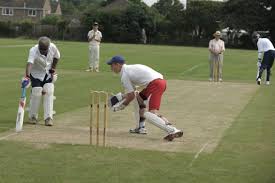 Cricket is a bat-and-ball game played between two teams consisting of 11 players in each. It is played usually on an oval grassy field at the center of which is a rectangular strip called ‘pitch’ measuring 22 yards long. Two sets of wickets are set at the two ends of the pitch. Each team takes its turn to bat attempting to score run while the other team fields. Each turn is known as an innings. In an innings, all the eleven players of the Fielding-team jointly take the field. Of them, one is wicketkeeper and one is the current bowler. The rest of the players take their position around the field according to the tactful decision of the team captain. On the contrary, two batsmen of the batting-team take their positions in the playing area. One takes station at the striker’s end to defend the wicket and score run if possible. At the same time, his partner, the non-striker, is at the other end where the bowler is operating.

An umpire conducts the game. The bowler, trying to hit the wicket, delivers the ball to the batsman. The batsman-on-strike does his best to hit the ball with his bat away from the fielders so that he can run to the other end and score a run before the fielders can return the ball. On the contrary, the fielders run after the ball as swiftly as they can and sent the ball to the bowler so that they can prevent batsmen from scoring run. If the bowler anyhow succeeds to hit the wicket, the striking-batsman is out. It is called ‘bowled out’. However, batsmen may also be out in other ways, such as caught out, stumped out, run out, LBW, etc.

If two batsmen can interchange their positions keeping their wicket intact, they score one run. Apart from this run, there are special scopes for scoring run, such as ‘four runs’ if the stricken-ball reaches the boundary with touching the ground; and six runs if it crosses the boundary without touching the ground. The team which outscores the runs of their opposite team is declared to be the winner.

Cricket has some physical utilities. Playing the game makes one strong, healthy, and diligent. It also teaches discipline, obedience, perseverance, and co-operation. But it is a costly as well as a risky game.

The cricket is a very interesting game which is full of excitement, thrill and dramatic actions. But it takes a long time to watch this game. Yet, to a cricket lover, every bowling is enjoyable and he/she can hardly leave the game until the last ball is thrown.
All Essays
««
All Compositions
Grammar Basic
Voice Changing
Direct and Indirect Speech
Transformation of Sentences
Right forms of Verbs
Question Tag