Once there lived a whimsical king in a certain island. It was a green island with innumerable green trees everywhere. Once, a strange thought crossed the mind of king. He intended to build a magnificent palace in the island. For this purpose, he ordered his men to cut down all the trees growing there. 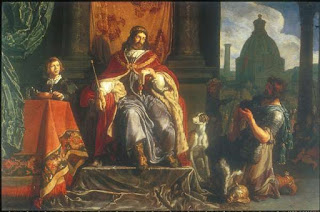 Some opposed the king’s decision but he did not pay any heed to their right and wise opposition.
So, the people were compelled to carry out the king’s order. They cut down all the trees. As a result, a great change occurred in the climate of the island. It simply turned into a desert. As there were no trees left, the total environment lost climatic balance. There was no rain in the island and; consequently, crops did not grow well. Famine broke out as a result of food crisis. People had to pass the days without food. An untold suffering covered the whole country. At one stage, people gathered around the palace. They demanded food but the king could not give them any food. Gradually they grew impatient and furious and revolted against the king. They dethroned the king. Thus the life and reign of the king ended in a tragedy. An unwise and whimsical decision by a king had led him to a dreadful consequence.